A visionary and archivist.

Letters, diaries and research documents: these findings reveal who Dr. Rudolf Hauschka was and what drove and inspired the curiosity and inquisitiveness of our natural cosmetics brand’s founder. Most definitely a good reason to take a closer look at them.

Silence prevails. Outside the window, darkness falls, while inside a pen moves tirelessly across the paper. A typical scene likely to be observed by any fly on the wall in Rudolf Hauschka's office after a hard day’s work.

The chemist was not only a scientist, impelled by curiosity, but also a man of the written word. His estate included three metres of shelf space filled with documents.

These include large amounts of correspondence with doctors and the cosmetologist Elisabeth Sigmund, with whom he collaborated to develop the cosmetics range. It was an intense exchange about the experiences gained from his work for Dr. Hauschka Skin Care. Rudolf Hauschka used laboratory diaries to meticulously document the findings of his research involving aqueous medicinal plant extracts. But writing does more than just document things; it also helps you organise your thoughts and reflect. Rudolf Hauschka had an eventful life. His experiences were marked by many travels, the farthest of which took him to Egypt, Sri Lanka and even Australia. There are also more reflective documents, influenced by his experiences in Russia during the First World War. All of this shapes and makes up what a man of words leaves behind. An adventurer and pathfinder, a visionary and archivist. Exchanging and recording information, thinking things through and reflecting on them were all part of his work and his nature. 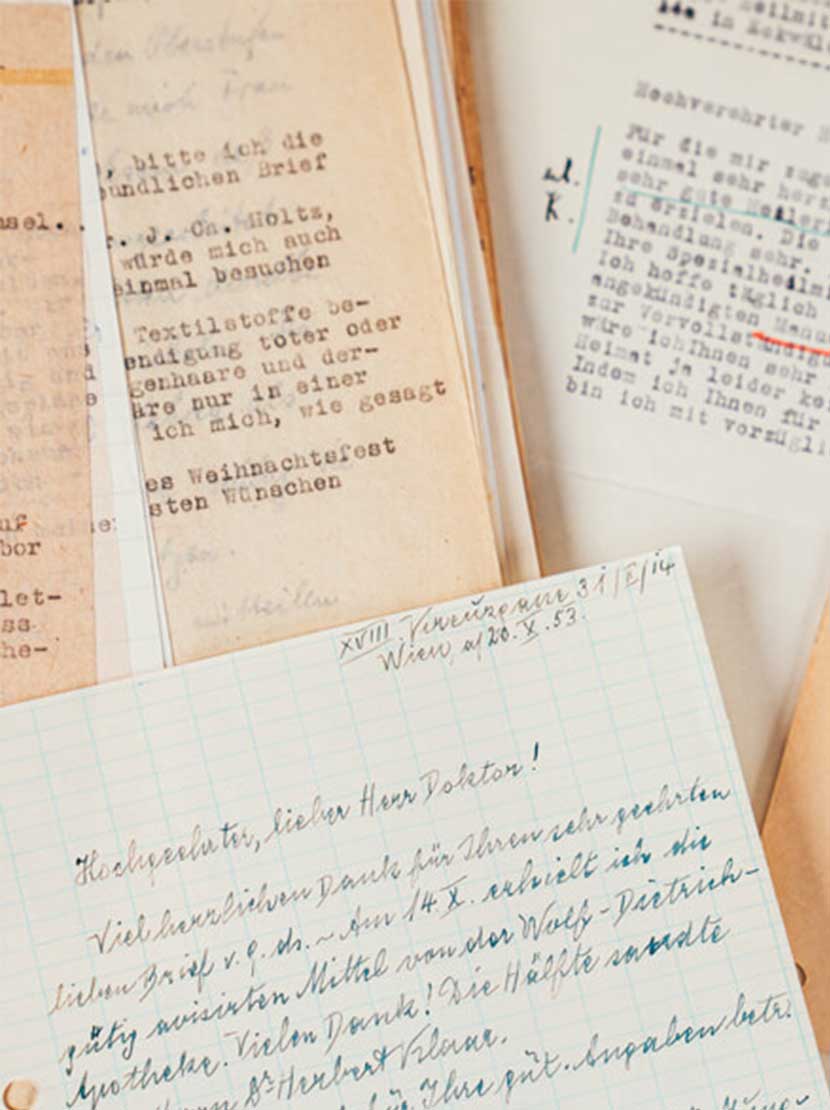 Origins
There’s always time.
Origins
A free spirit.
Origins
More than always just me, me, me.